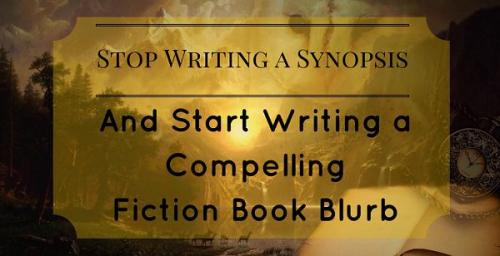 Whenever you write a book, you need a book blurb if you want to sell it. Blurbs are short, but word-for-word a lot more work has to go into them than into any other part of your story, except maybe the title. Your title, your blurb, and your cover are often the only things your readers have to go on, especially before you’ve managed to rack up a bunch of reviews.

Ipswich, my long-awaited sequel to Arcana, is just about ready to go. We need to finish proofing the interior and proof the final version of the cover, and I’ll be ready to order copies. One of the last sticking points on the cover has been the blurb, which I have been working on with the folks at Moonfire, and I think we finally have it. Here it is:

Wealthy heiress and party girl Sara Winchester’s eyes are opened to a hidden world of spirits and paranormal occult forces when an experimental psychoactive drug unlocks her dormant mystical powers and senses. With the help of the centuries-old order of magicians known as the Guild, she uses her new abilities to solve the mystery of her mother’s untimely death.

Sara’s investigation leads her to the little town of Ipswich, Massachusetts. There she must face a ruthless killer who can control the spirits of the dead — and the remnants of an order of dark magicians who seek to destroy both her and the Guild. Will her fledgling powers prove equal to the task, or will her soul be trapped forever along with the restless dead of Ipswich?

I’ll be updating the Ipswich page here on the blog with the new version, but I thought it might helpful to share the old one for comparison since it will no longer be posted here. This is what I started with:

Party girl Sara Winchester becomes one of the world’s wealthiest people following her mother’s untimely passing. When an experimental psychoactive drug unlocks her family’s long-dormant mystical powers and senses, her eyes are opened to a whole new world of spirits and paranormal forces. With the help of the magical order known as the Guild, she employs her newfound abilities to investigate the mystery of her mother’s death.

Her investigation leads her to the little town of Ipswich, Massachusetts. There she must confront a killer who can control the spirits of the dead, and the remnants of a rival order that seeks to destroy both her family and the Guild. Will her fledgling powers prove equal to the task, or will her soul be trapped in Ipswich along with the spirits of the town?

I’m not a big “word guy.” I don’t naturally think in language, so to me those two paragraphs basically say the same thing. However, my editor is a published poet who is much better at paying attention to those details than I am. Even if you’re not working with a publisher, it’s very helpful to find somebody who can do this for you. Another pair of eyes is good, and another pair of eyes who is good with the language is priceless.

Taking apart the original blurb: The first sentence is awkward for a couple of reasons. First off, I used “mother’s untimely passing” there because I use “mother’s death” at the end of the paragraph and it would be too repetitive to use “death” in that first sentence. Second, it doesn’t actually communicate that much information. In the new blurb, I just say “wealthy heiress and party girl” which tells you what you need to know without a whole sentence dedicated to it.

I need to keep “psychoactive” because I want it to be clear that we’re talking about some sort of party drug and not a structured medical experiment. But in the new blurb, I turn the sentence around to make it a more active construction. There still is a bit of passive voice in “eyes are opened” but that’s deliberate – I want to make it clear that this is something that happens to Sara, not something that she actively does. Which, by the way, is one of the few correct usages of passive voice.

“Hidden world” and “paranormal occult forces” are mostly used to provide additional clarity and subvert the “whole new world” cliche which is not needed here. And yes, “hidden” and “occult” do literally mean the same thing – but the connotation is dramatically different. Using “paranormal” and “occult” together clearly identifies for the reader what kind of book Ipswich is. It’s paranormal in the general sense, but more “occult” than, say, a paranormal romance.

The new blurb makes it clearer that these are Sara’s dormant mystical powers and senses, not “her family’s.” The point about her family is significant in the story, but it’s not that relevant here. All the reader really needs to know is that her mystical powers and senses used to be dormant, and now they aren’t. The new blurb also changes “magical order” to “order of magicians,” on the grounds that not everyone knows what a magical order is. Adding “centuries-old” reinforces that the Guild is a magical tradition with a long history, which does become relevant in the story.

The second paragraph doesn’t change as much. I replaced “Her” with “Sara” on the grounds that this is a new paragraph, but otherwise the first sentence is unchanged. In the second sentence, I added “ruthless” to “killer” for emphasizing the danger of the situation, and changed “confront” to “face” to simplify the language. The em-dash in the new blurb is also for emphasis.

For the second half of the sentence, I got rid of “rival” because it was confusing (rival to whom?) and put in “order of dark magicians.” “Order of magicians” goes in place of “order” for clarity, and “dark” once more emphasizes the danger. I also have made it clearer that the dark magicians are seeking to destroy Sara herself rather than the blander “her family.”

The first half of the last sentence is unchanged. The second half is revised a bit for clarity. “Trapped forever” emphasizes the danger one more time, and finally, “spirits of the town” are replaced with “restless dead of Ipswich.” That makes it clear that we’re talking about spirits of the dead, not land-spirits or something else, and naming Ipswich once more is good because that’s the title of the book. “Restless dead” also alludes to my back cover tagline, “These Restless Dead.”

So there you have it. If you write book blurbs yourself, I hope that you find this breakdown useful. Clarity is good, short and direct prose is good, and enough buzzwords to identify the genre of what you are writing is good. The more direct and informative you can make your blurb, the better.