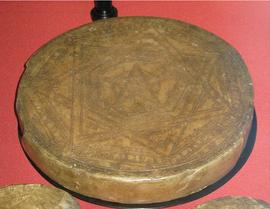 My Mastering Enochian Magick Series teaches the Enochian magick of Dr. John Dee and Edward Kelley according to the attributions derived from Dee’s spirit diaries, along with some modern techniques that I have found effective for working with the original system.

In the mid-1990’s I started work on a book on Enochian magick that was tentatively titled The Enochian Universe. At that point I had worked with the Enochian system for many years with great success, and considered myself to be something of an expert on it. I had gone so far at the time as to develop my own personal variation on the system that eschewed many of the Golden Dawn associations and worked with the Enochian angels in a manner based on Renaissance grimoire methods.

My plan for the book was very ambitious. I would cover the language, the history, the various controversies over conflicting versions of the system, and so forth. I would fully expostulate the various temple implements and explain their function in the same sort of detail as you would find in an engineering textbook. I would explain the Golden Dawn system, Aleister Crowley’s later revisions, and my own experimental discoveries based on testing hypotheses derived from years of studying John Dee’s diaries. Finally, I would include my own new set of Enochian rituals for creating operant fields (though I wasn’t using that particular terminology at the time) and raising energy in the manner of the Middle Pillar or Elevenfold Seal. I imagined that it would become the definitive work on Enochian magick and remain so for years to come.

But then my software development career really started to take off. I got derailed on the project, and the manuscript sat languishing on my computer. It wasn’t just a matter of having less time to write, but rather also that with the dramatic scope of the book I kept running into difficulties reconciling the different versions of the system and different renderings of some of the source texts, as the British museum scans weren’t online back then. What I realize now is that the project was just too big – I should have simply written a book on my own synthesis of the system rather than trying to cover all the variations that had arisen during the prior century.

In 2006 my magical working group undertook a series of operations conjuring the various Kings from John Dee’s Heptarchia Mystica. We obtained a fair amount of interesting information and insights into working with the Heptarchial entities and at the time I again considered getting back to work on my Enochian book, perhaps limiting it to the Heptarchia Mystica which I realized during the course of organizing our workings had been left relatively unexplored by modern magicians. It seemed like everyone I knew outside of my group skipped the Heptarchia and dove straight into the Great Table (Watchtowers) and Aires (Aethyrs), in many cases duplicating the work done by the original Golden Dawn magicians and by Crowley. But work got in the way again – I was getting a lot of hours and making more money than I ever had, but at the cost of having less time.

Then in 2008 I picked up a copy of Lon Milo DuQuette’s Enochian Vision Magick and found myself amazed. Lon’s book covered the temple equipment and many of the other details that I had planned to include in my own book in addition to a comprehensive overview of the system as taught by Crowley. It remains the best book on Enochian magick that I have ever read, with one omission – it makes little mention of working with Enochian magick as essentially a grimoire system, instead covering Crowley’s associations that were derived from the Golden Dawn system. That is, all that Lon didn’t include was the book that I should have set out to write from the start.

I returned to work on what I had written on Enochian Universe. With Lon’s book covering the Crowley/Golden Dawn system and the various esoteric associations of the temple furniture the remaining challenge seemed to be to assemble a “how-to” guide to working with the system grimoire-style. Influenced by some of the more recent books on grimoire magick, I decided that my new Enochian book would focus on the Dee-purist perspective but at the same time include my original rituals and certain other modern forms adapted from Crowley’s system that my magical working group had found effective and useful. But because there are also a significant number of magicians who would rather work with the grimoires as written, I would mark all those forms as optional and include a master template that would allow the practitioner to pick and choose those forms that resonated with his or her own style of working.

In the course of that work it became clear that rather than writing a single enormous tome the most logical way to put my Enochian material together was in three books. The first would focus on the Heptarchia Mystica, the second on the Great Table, and the third on the thirty Aires, following John Dee and Edward Kelley’s revelations in chronological order. This had the advantage to my way of thinking that grimoire books were cropping up everywhere but as of yet no practical manual had yet come out on working with the Heptarchia. So not only would the appeal of the book be that it dealt with a relatively unexplored grimoire, but that it would also lay down the basic framework for my style of working with Enochian magick, which is still not well-represented in print.

While certain authors have described my work as “Neo-Enochian” on the grounds that I include instructions for ceremonies like modern pentagram and hexagram rituals, I avoid the use of the later Golden Dawn models and associations, on the grounds that the original system works just fine without them. I include full ritual templates by which you can perform the various operations grimoire-style, without any modern forms, or include them as you see fit in the appropriate places.

The first book in the series, Mastering the Mystical Heptarchy, was released by Pendraig Publishing in 2011 and to my knowledge is still the only book out there focused entirely on the Heptarchia Mystica. The system of Kings and Princes for the seven days of the week is the only portion of the spirit diaries that Dee ever organized into a functional grimoire and which he may have used to help defeat the Spanish Armada in 1588. The book covers everything you need to know about working with the Heptarchial system along the original lines.

The second book, Mastering the Great Table was released by Pendraig Publishing in late 2013. It addresses working with the angels and other entities of the Great Table, which is also called the four Castles or Watchtowers. It includes a synopsis of the first eighteen Angelic Keys and conjurations adapted from those written by Dee for the various classes of angels. Like Mastering the Mystical Heptarchy, it includes a full template for performing Great Table operations according to traditional grimoire methods with or without particular modern forms that I have found to be effective in my own personal work.

The third book, to be titled Mastering the Thirty Aires, is on its way, but it is proving to be more difficult to put together than the other two and as a result I have already been at it substantially longer. This book will address the Thirty Aires, also called the Aethyrs in the Golden Dawn system, along the same lines as the other two books address the Mystical Heptarchy and Great Table. It will include a synopsis of the 19th or “Aire Key” which has thirty forms, one for each Aire, and a full template for performing operations with them.