For the last couple of weeks my publishing company, Moonfire Publishing, has been finishing up the rollout for our latest title, What Haunts Us by Loren Niemi. Loren is a storyteller who performs all over the country, and What Haunts Us is his first-ever published story collection.

This book was challenging to produce, but if I don’t say so myself the result is pretty outstanding. From a literary standpoint the narrative style comes from performance storytelling, which gives it a fundamentally different feel than your standard anthology of short stories. Some are adapted from existing folklore and others are entirely original compositions. This is a work that has been long in the making, as Loren has been performing for more than forty years. You can check out his website here for more information about him and his background.

One of things we learned in the course of producing this book is that publishing a title directly through Ingram is not nearly as difficult as some authors make it out to be. You do want to have the latest Adobe stuff like Creative Cloud, but if you do the process can be streamlined quite efficiently. I was pretty solid at putting books together for CreateSpace and the new KDP paperback production works pretty similarly, but the advantage with going directly through Ingram is that bookstores are actually willing to order copies through them. Even with Amazon’s “expanded distribution” that’s not really an option.

Loren will be performing tomorrow evening, Wednesday February 27th, at Tillie’s Farmhouse in Saint Paul, Minnesota. If you are local to the area, come by and check it out. It promises to be a good time with opening music starting at 6 PM and Loren’s storytelling starting at 7 PM. He also travels around the country, with his upcoming events posted on his website. If you get a chance to see him, you should – there aren’t a lot of storytellers around any more, and Loren is an excellent one.

It took a lot longer than I ever expected, but my draft manuscript for Mastering the Thirty Aires has finally been submitted to my publisher. Editing and book production usually run around six months or so, which means that the book should be available sometime next fall.

Mastering the Thirty Aires completes my trilogy of books on the mostly-Dee-purist-with-some-additions system of Enochian magick that I have worked out over the last twenty-five years. It focuses on practical results, and uses what I consider the best interpretation of the material in the Dee diaries for attributions and powers of the all the spirits and other components of the system. It deals with how to use the Aires and Parts of the Earth to effect political change, and also includes some valuable and practical material on zodiacal magick.

I’m looking forward to making this final piece of my base Enochian system available to the public, and will keep you all posted when I have a release date. Thanks for your patience, and I think you will like the final result very much. 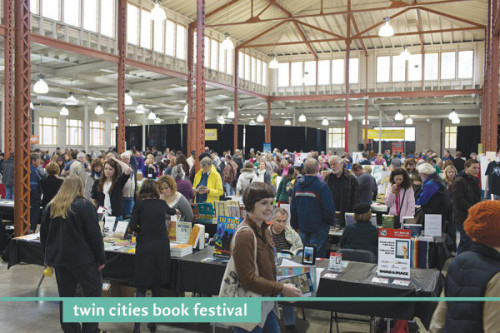 This Saturday, October 14th, I will be appearing with Moonfire Publishing at the Twin Cities Book Festival brought to you by Rain Taxi. Click the link for more information about the festival, including directions, maps of the site, and the event’s programming schedule.

The festival will be held at the Minnesota State Fairgrounds and runs from 10 AM to 5 PM. Moonfire Publishing will be at table #205, with information about upcoming titles, current titles, submission guidelines, and more. If you are local to the Twin Cities area, or for that matter just passing through, I hope to see you there!

“But you aren’t doing yourself any favors passing around made-up garbage!” I exclaimed “The Resistance has to be about the truth. We can’t just fight the president’s lies with more lies. Have you lost sight of that?”

“Of course not. I’m just trying to be thorough. You do make a good point, though. You’re right that spreading more lies won’t help us.”

“America was founded on the principle of liberty and justice for all,” I continued. I was surprised by the intensity I heard in my voice. “That should be the focus, not baseless rumors or wacky conspiracy theories. Look at everything the president and his administration are really doing. There’s plenty to criticize!”

“Thank you,” I replied. “I don’t mean to pick on you, really. I guess I’m just passionate about the truth.”

A sly smile crept across his face. “I want you to try something. Are you game?”

“Depends on what it is,” I replied. After the whole rubber mask exchange, I had no idea what sort of weirdness he had in mind.

“Take a moment, pretend you’re on television, and say ‘I am the Resistance.’ Can you do that?”

I considered. “Sure, why not?”

I took a deep breath, centered myself, and spoke the words. “I am the Resistance.”

“I just got chills, Sophia – that was so great!”

I said it again. “I am the Resistance.”

As things eventually turned out, truer words were never spoken.

Trump Card – it’s a terrific novel, I guarantee it. Click here to find out more… #TrumpCard

Kek Will Not Stand

“Godfrey launched into some sort of incantation that I couldn’t understand, swirling the wand in the air as he intoned what sounded like nonsense words. ‘You do know that ‘destroying me’ never ends well, right?’ I pointed out. He ignored me, lost in his conjuration – or whatever it was supposed to be.

“Alan glanced at me dubiously. ‘He’s waving a stick at us.’

“‘I think it’s supposed to be a magical stick,’ I pointed out weakly.

“‘There!’ proclaimed Godfrey, lowering the wand. ‘Her power is entirely neutralized. Now get her!’ Perhaps the funniest thing about the Sons of Kek was that once they set up their memes, their plan always seemed to simply consist of ‘Get Her!’ I wondered if any of them had seen the original Ghostbusters film.

“The six Sons holding the memes remained in place, while the other six charged at us. Tim and Alan adopted karate stances as they moved in, trying to position themselves to defend me. Each landed a solid punch on the first Son to reach them, knocking two of the six attackers to the ground. Two more engaged me directly. As they reached me I could feel the pendant practically burning against my skin.

“I decided to try something I had only seen in the movies. I punched with both hands at once. Each of my fists collided with the face of an attacker, and down they went in a heap. Godfrey’s eyes widened as he witnessed the move. ‘But… but…’ he sputtered. ‘That’s not possible!’ He started chanting again, this time violently rending the air with the eclipse wand. I still felt nothing besides the heat of the pendant.

“Tim and Alan were exchanging blows and blocks with the last two attackers as I stepped out from between them and walked a few paces away. ‘I’m over here!’ I called. As the last two Sons disengaged and turned to strike me, I repeated the double-punch move. Both dropped hard on the ground.” 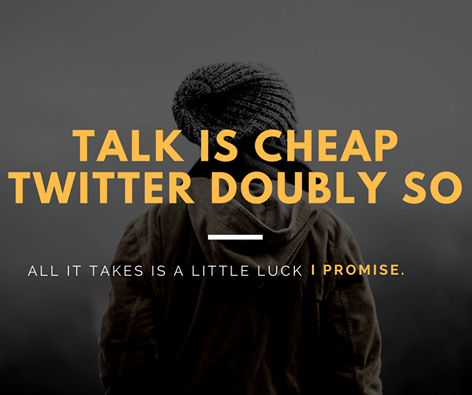 Trump Card – it’s a terrific novel, I guarantee it. Click here to find out more… #TrumpCard

So it’s finally here. This project has been consuming my life for the last several months. But I’m finally done. I have a whole box of copies sitting in my living room, and they look great.

Trump Card is my satirical take on the popular Young Adult Dystopia genre based on current events, particularly the Donald Trump administration. It tells the story of Sophia Sanders, a high school girl from New York with an unusual birthday. When a mysterious pendant transforms her into a “winner,” she becomes a contestant on the reality television series Junior Apprentice in order to oppose the Trump agenda.

While the nation looks on, Sophia and her team compete to win the coveted Junior Apprentice title. A brutal and mysterious brotherhood along with its enigmatic leader stands against her, hell-bent on destroying her chances of bringing the Resistance to life. Sometimes, the only thing a girl can depend on is magick – and a little luck.

Trump Card is available in print, Kindle, and ebook editions. The print version is also available from Amazon and other retailers, but I get the best royalty percentage if you order directly from the CreateSpace link there. If you’re a fan of dystopian fiction, or just find Donald Trump amusing in a horrifying sort of way, check it out!

So I finally figured out how to get through the whole CreateSpace process, and the print edition of my novella The Pathless Void is now available. For those of you who were asking about a print version, this is it. From the proof it turned out quite nice, and I think you will enjoy it.

I also did some additional edits as I was putting together the print edition, and the ebook versions on Smashwords and Kindle now reflect those changes as well. I think Kindles update automatically, but I don’t have one so I’m not sure. If you bought the ebook already and need to do something to refresh it with the updated version, now would be the time for that.

The print edition should be available on Amazon in a couple of days here along with the ebook, but if you really want to support my writing you should buy it directly from the CreateSpace link above. That gives me the best royalty percentage, since if I sell through Amazon they get a cut of the profits as well.