Aeon is another of the Tarot trumps renamed by Aleister Crowley. In a standard Tarot deck the Judgment card is based on the symbolism of the Last Judgment in the Revelation of Saint John. In Thelema, the concept of the Last Judgment is replaced by that of the turning of the Aeon from the formula of Osiris (death and rebirth) to that of Horus (life and growth). Literal interpretations of the apocalypse are seen by Thelemites as a misunderstanding of this natural Aeonic progression, imagining it as a great calamity rather than a straightforward spiritual transition.

The Aeon chapter takes place at another building in the warehouse district of Minneapolis, the same portion of the city in which the Morpheus nightclub was located in the Fool chapter. This building houses a top secret magick office research facility in which Balzador imprisons Samantha and the remaining Guild mages. 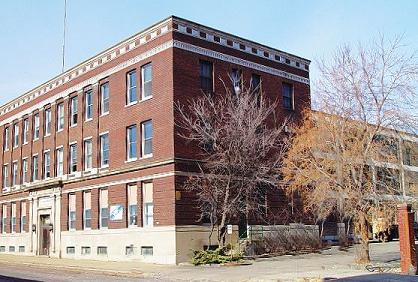 This picture is of a generic building found in the Minneapolis warehouse district. I imagined the secret facility housed in a structure similar to this one.

In this chapter Balzador makes one final attempt to summon Coronzon, this time incorporating the sacrifice of the captive mages and advanced magick office experimental technology. The day is saved by the arrival of the A.’.A.’. magicians who initiate a magical battle in which the Demon is defeated.