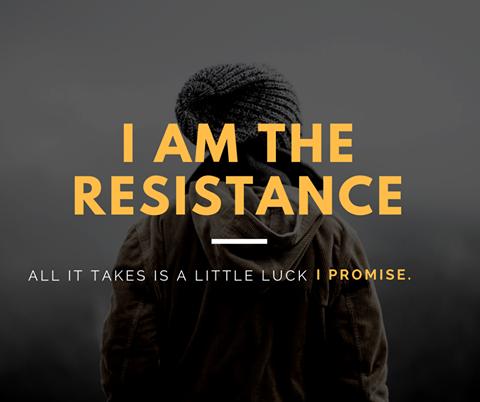 “But you aren’t doing yourself any favors passing around made-up garbage!” I exclaimed “The Resistance has to be about the truth. We can’t just fight the president’s lies with more lies. Have you lost sight of that?”

“Of course not. I’m just trying to be thorough. You do make a good point, though. You’re right that spreading more lies won’t help us.”

“America was founded on the principle of liberty and justice for all,” I continued. I was surprised by the intensity I heard in my voice. “That should be the focus, not baseless rumors or wacky conspiracy theories. Look at everything the president and his administration are really doing. There’s plenty to criticize!”

“Thank you,” I replied. “I don’t mean to pick on you, really. I guess I’m just passionate about the truth.”

A sly smile crept across his face. “I want you to try something. Are you game?”

“Depends on what it is,” I replied. After the whole rubber mask exchange, I had no idea what sort of weirdness he had in mind.

“Take a moment, pretend you’re on television, and say ‘I am the Resistance.’ Can you do that?”

I considered. “Sure, why not?”

I took a deep breath, centered myself, and spoke the words. “I am the Resistance.”

“I just got chills, Sophia – that was so great!”

I said it again. “I am the Resistance.” As things eventually turned out, truer words were never spoken.

Trump Card – it’s a terrific novel, I guarantee it! #TrumpCard