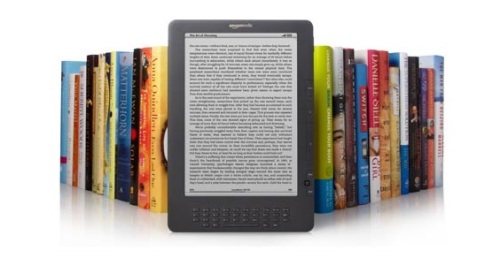 Lately the ebook scene has been getting a lot of coverage, with talk about how it finally has become the next big thing in publishing. Experts have been predicting the shift away from traditional publishing, but in the last couple of years sales numbers show that it finally is happening.

Creating ebooks has also gotten a lot easier. You used to have to take your word processor document and run it through an application like Calibre in order to convert it to a proper ebook format, which was a picky process that took a fair amount of work. But now both Smashwords and Amazon’s Kindle Direct Publishing have conversion programs that work with regular Word documents.

A while back I created my first ebook on Smashwords, of a story called Cthulhu Unbound that I had submitted to a number of magazines. The story is a satire of the classic Lovecraftian tale. which follows the basic pattern of those stories but ends with a humorous twist. None of the places I submitted it seemed to know what to do with it, as it’s not exactly a horror story and not exactly comedy.

I think the ending is hilarious, though. Maybe you just need to have dealt with weenie Lovecraftian magicians who are all spooky and serious to get the joke. Obviously, that’s an experience that people outside the occult world probably haven’t had. So it fits the criteria of something that my readers will probably enjoy, even if regular folks find the central joke a little confusing.

In the ebook I also included a preview of the opening chapter of Arcana, with a link to buy the ebook edition of the novel. I released it on Smashwords for free, hoping that would mean lots of people would find it and read it outside my usual blog audience. However, that really didn’t work. Over the last year, it only had a couple hundred downloads and didn’t result in any sales of the novel.

So now I’m changing my approach. I’ve redone the ebook as a 99 cent title on both Smashwords and Kindle Direct. I’m also going through my library of unpublished material to see what else I might have that I could turn into another one. I also am going to be promoting Cthulhu Unbound more directly, as my previous experiment didn’t quite work as I imagined.

So if you’re interested in picking up a copy, you can buy it from Amazon or Smashwords. And as I explore the ebook format more thoroughly, there should be more of these to come.

This entry was posted in Books. Bookmark the permalink.