Books for the Holidays! 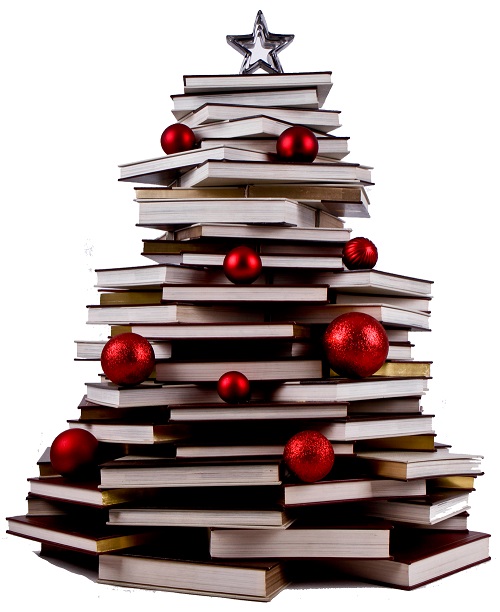 With the holiday season upon us, it’s good to keep in mind that the gift of books never goes out of style. Of course, I’m talking about my books. My first novel was published in 2009 and since then I’ve put out additional fiction and non-fiction titles. Naturally, if I do say so myself, they make great gifts.

Volume I of the Mastering Enochian Magick Series is still the only book I know of dedicated to exploring the Heptarchia Mystica, an early portion of John Dee and Edward Kelley’s work that precedes the better-known Great Table and Aires or Aethyrs. The Heptarchial system works with sixteen spirits total, a King and Prince for each day of the week plus a King and Prince who rule over the entire system. This book makes a great introduction to Enochian magick that can get the reader started right away without a lot of the complexity normally associated with the Enochian system, and produce impressive practical results.

Volume II of the Mastering Enochian Magick Series is my own exposition of the attributions of the Great Table or Watchtowers. It is more controversial than Volume I simply because the attributions I use are based on my interpretation of the Dee diaries and they line up with the attributions used by the Golden Dawn, the Aurum Solis, or Aleister Crowley. Even other “Dee Purists” don’t necessarily agree with my reading of the original texts, so this book is not going to be a re-hash of other Watchtower systems that you will find elsewhere. It is, however, rooted in decades of practical work and experience, and the rituals and structures contained therein have been proved highly effective.

Volume III of the Mastering Enochian Magick Series is my exposition of the Aires or Aethyrs based on my work with the Dee diaries rather than the modern attributions derived from the various Golden Dawn-based systems. Mastering the Thirty Aires has been submitted to my publisher but is not available at this time. Watch this space for an announcement once it is ready to order!

This is not a book but it makes a great gift anyway. I recently participated in a set of Enochian Master Classes along with Jason Augustus Newcomb and Aaron Leitch. These classes are a great opportunity to hear me lecture on my system of Enochian magick and at the same time hear the perspectives of two other longtime practitioners. You can sign up for the course here, and the coupon code STENW-ENOCH7-50 will give you 50% off the registration price.

My contribution to this anthology on the concept of the Holy Guardian Angel in modern and traditional Western esoteric systems is titled “The Descended Angel” and is based on my own work in the Thelemic tradition. The limited edition of the anthology sold out long ago, but a paperback version is available.

My contribution to this anthology on working with various entities of the Western esoteric tradition is entitled “Evoking Zodiacal Angels.” It covers the lesser-known methods for working with the angels of the zodiac signs based on rituals and techniques developed by my magical working group over the years. The limited edition hardcover has sold out, but a paperback version is available. Click here to order your copy today!

Volume I of the Guild Series is my debut novel that was published in 2009. It introduces the modern-day magical order known simply as The Guild and tells the story of the order’s battle with a powerful demon. This could be the perfect book for fans of urban fantasy who want to read about a system of magick rooted in real practices and devised by a real magical practitioner.

Volume II of the Guild Series is the long-awaited sequel to Arcana. It tells the story of Sara Winchester, a wealthy heiress and newly-empowered magician, as she works with members of The Guild to solve the mystery of her mother’s death. Her search leads her to Ipswich, Massachusetts where she must face a killer who can control the spirits of the dead and the remnants of a rival magical order seeking The Guild’s destruction.

Back in the early days of the Donald Trump administration I was inspired to write this crossover between the Young Adult Dystopia genre and political satire. It tells the story of a plucky, sixteen-year-old heroine who competes on an Apprentice-like reality television series to oppose the Trump agenda. Folks who are plugged in to the magical community will appreciate my satirical treatment of not only Trump but also certain factions and individual occultists who support him.

This stand-alone novella is my take on old school hard science fiction. It deals with the development of the first functional warp drive, a trip to the Alpha Centauri system, and the discovery of a mysterious alien spacecraft.

This short story is a satirical take on the tales of H. P. Lovecraft. A bullied high school boy gets his hands on the dreaded Necronomicon and resolves to conjure the mighty Cthulhu to destroy his enemies. But when he completes the summoning spell, what he gets is not quite what he expects. Currently available only in ebook format.

This entry was posted in Books, Events. Bookmark the permalink.